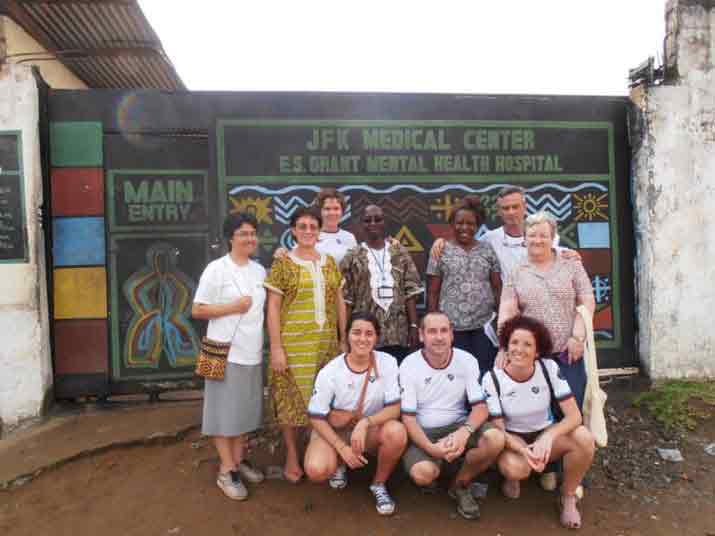 A group of representatives of Spain´s Hospital Aita Menni visited Monrovia from December 2nd to 10th to take part in the 50th Anniversary of the arrival of Sisters Hospitallers to Liberia. The delegation was headed by Sr. Monserrat Esparza, Superior of the Community of the Hospital, and included Aita Menni´s CEO and Head of Health Programs at the Saint Benedict´s Menni Health Center in Monrovia Mikel Tellaeche, responsible of the Voluntary Service Egoitz Zabala, psychologist Macarena Aspiunza, occupational therapist Selene Vélez and volunteers Amaia Ribera and Cecilia Álvarez.

The aim of the trip was to know first hand the state of the health services, specifically those related with mental health and intellectual disability, which are the focus point of We Are Like You project.

The group had the chance to pay a visit to the Saint Joseph´s Catholic Hospital, owned by the Brothers Hospitallers of Saint John of God, where in 2014 nine people –workers, priests and nuns– got infected by Ebola virus and died. It was an emotionally-charged visit, and the group had the chance to see one of the best health facilities in the country, allowing the group of volunteers to start assessing the differences between both the health systems in Western countries and in this region of Africa. 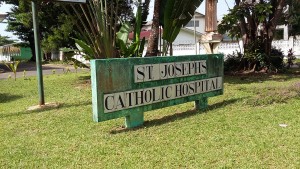 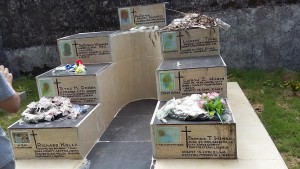 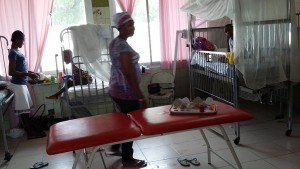 The most important visit was the pone payed to the Grant Mental Health Hospital, dependent on the JFK Hospital, where 73 men and women are admitted in two separated wards. Admission fee is 2,000 Liberian dollars (around US $20), drugs not included, with an average stay of 30 days. Drugs administration is limited by pharmacological guides and frequently by unavailability. Facility shows an evident obsolescence and suffers a severe lack of suitable lighting, cleaning and ventilation. After their visit, professionals from Aita Menni quickly understood the need for a project like We Are Like You in Liberia and the improvement that can bring to the condition of admitted and outpatient people through their inclusion in rehabilitation therapies and occupational workshops for their prompt return to their community environment.

Aita Menni representatives held a follow-up meeting on the We Are Like You project, which addressed the state of the works to set the Step Down Unit up. Attendants were Caroline Saye, from the World Health Organization, Sr. Barbara Brilliant –representative of the National Catholic Health Council– Sr. Begoña Pérez –Provincial Superior of Sisters Hospitallers in England–, Sr. Florence Adevor –Superior in Monrovia–, Sr. Inca González –Manager– and Mikel Tellaeche.

In addition to the group from Aita Menni Hospital, a team of neurologists headed by Dr. Inmaculada Navas and Dr. Teresa Montojo along with residents Marta Osés and María Machio developed an examination campaign to assess the main diseases in the Pipeline area, where the Saint Benedict Menni Health Center is settled. They did consultations for over 3 days in the center helped by Aita Menni volunteers (below these lines). Main neurological conditions detected were ictus and epilepsy, and cases of mental disease and intellectual disability were also present. 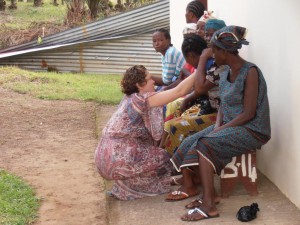 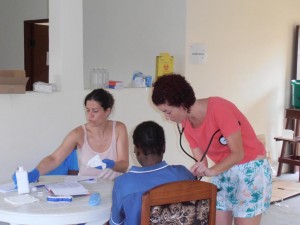 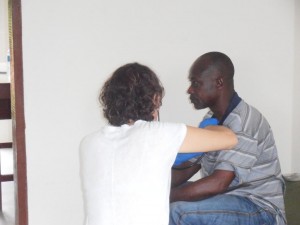 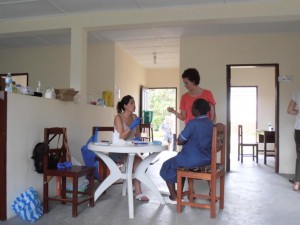 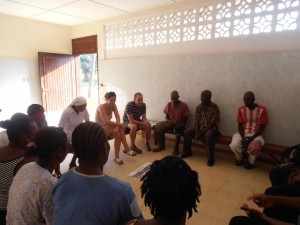 The group also payed a visit to the Missionaries of Charity Center at Sinkor, Monrovia, where the sisters shelter and take care of those who are not admitted in any other center, mostly people with HIV, terminal patients and people without money. 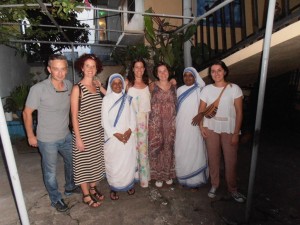 With these lines, the delegation from Aita Menni wants to give its warmest thanks to the Community of the Sisters Hospitallers in Monrovia for their welcome and hospitality, which allowed us to feel part of the mission they develop in a far country and that is difficult to comprehend if not seen on-site.

Our gratitude goes to the neurologists team leaded by Dr. Inma Navas for the superb work they did not only in Pipeline but in other missions in Liberia, where they served trying to improve the quality of the life of people affected by neurological diseases. Their work was possible thanks to the help of Ángel Enciso, donnor, benefactor and collaborator in many missions aimed at the care of marginalized kids and people. 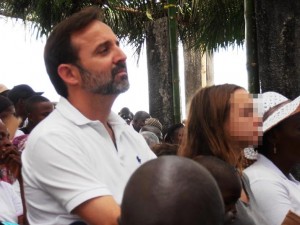