Call for solidarity launched by Sisters Hospitallers Aita Menni in the form of choral concerts this Autumn was fruitful, and thanks to the generosity of individuals and organizations EUR 12,000 were raised as a help in the rehabilitation of women with mental illness at Saint Benedict Menni Health Center in Monrovia, Liberia.

Past November 22nd, the performance of the youth and children chorus of the Orfeon Donostiarra gave a grand finale to the series of charity concerts with a massive audience response at the San Sebastian Cathedral, where Orfeon´s Little Singers, Orfeoi Txiki (“Small Orfeon”) and Youth Orfeon offered a wide repertoire of different styles that delighted the audience.

This event was preceded by other two, first of them in Santa Maria Cathedral in Vitoria-Gasteiz, on October 4th, and the next one was on November 14th at Saint Vincent church in Bilbao. The concert in the capital of Alava raised EUR 2,565 and was starred by the men´s Easo Chorus, who performed 18 songs by Basque composers like Sorozábal, Aita Donostia o Guridi. The concert in Bilbao had the Choral Society of Bilbao as main attraction, and they delivered a superb interpretation of Gabriel Fauré´s Requiem Op. 48, in an event that raised EUR 3,023 for We Are Like You. 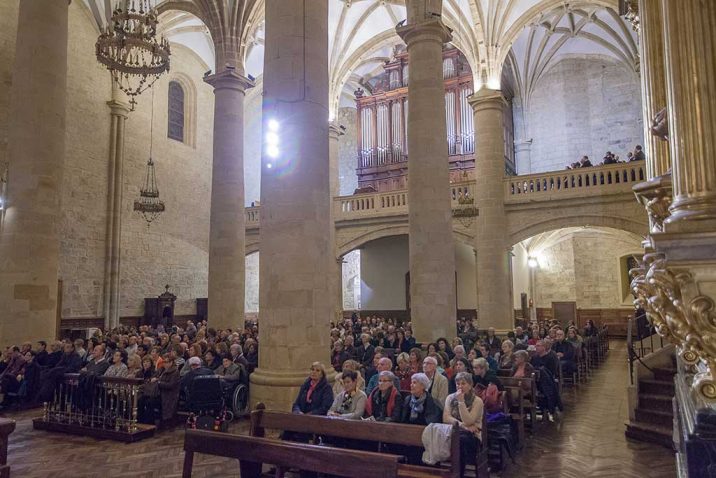 Saint Vicent church in Bilbao, with the Choral performing upstairs, near the organ.

The gathering in San Sebastian doubled that amount to EUR 6,324, so generosity from individuals and organizations that made donations gave our project EUR 11,912 that will serve to keep on our work in one of the poorest countries in the World.

Our deepest gratitude to the three chorus, because they were the lure that allowed us to gather almost 1,000 people around our caring project.

The concerts would not have been possible without a place to be held, and this need was solved by the Dioceses of Vitoria-Gasteiz, Bilbao and San Sebastian, that allowed us to use the temples as concert halls, and the parish teams, who helped to organize each event. A thousand thanks.

To announce the concerts and let people know about them, we had the valuable help of El Correo and El Diario Vasco newspapers, and Onda Cero radio station. They put ads worth thousands of euros, for free. They offered their pages and microphones, as well as Bizkaia Irratia, Radio Popular and Ser radio stations, to let us talk about the concerts and the existence of women in Liberia who suffer exclusion and violation of their rights just because they have a mental disease or intellectual disability. Thank you for giving us voice. 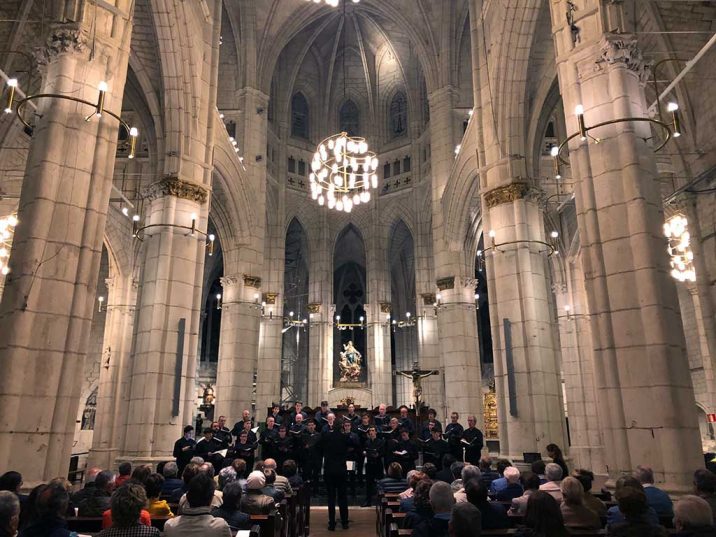 Concert with Easo Chorus at Saint Mary´s Cathedral in Vitoria-Gasteiz.

Several volunteers helped us to sell paper tickets for the concerts, and the ticketing platform Entradium renounced its fees and allowed us to sell online tickets with no cost. Organizations as Laboral Kutxa, Banco Mediolanum, ATECE Gipuzkoa, Unicef Donostia y Donosti Fashion Kids helped to sell tickets and bought tickets and “row zero” tickets as well. All of our gratitude to them, because they were the many hands that reached what our few hands didn´t.

And thankks, thousand thanks, to those people who bought a ticket to attend any of the concerts or buyed “zero row” tickets. We know the names of some of them, because they write their names down when they bough online tickets or subscribed to our newsletter. From the most of them, we only know that they have helped us to increase the number of women, 90, who have benefitted from our rehabilitation program.

To all of you, all gratitude from our heart, because you make We Are Like You possible.