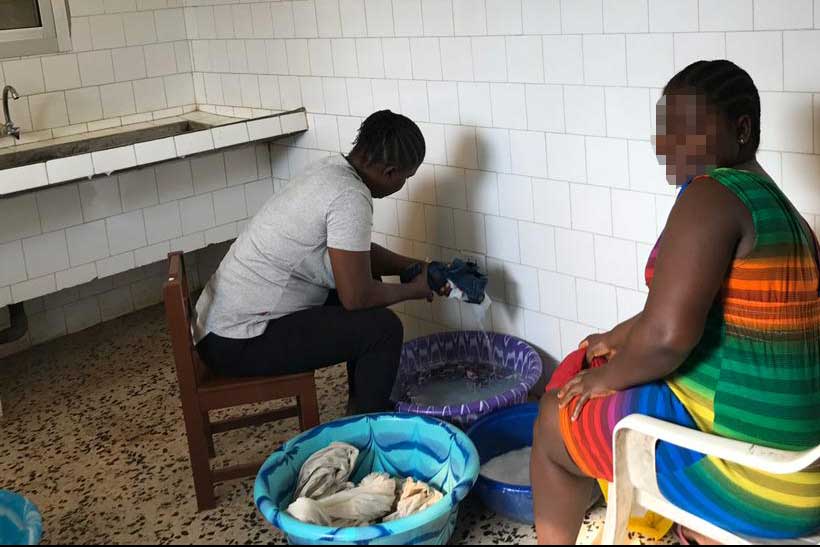 Four patients referred from E. S. Grant Mental Hospital were admitted in the Mental Health Unit at St Benedict Menni Health Center past February. There was one discharge, two patients had some days off at home as a previous stage before their coming discharge and two former patients were re-admitted. We currently have eighteen patients on hand.

During home visits, social workers visited eight patients which they returned with positive results, 32 came for follow-up and another group postponed their appointments because they still had medication for longer.

One client who we received information about her wandering about in the streets for months was brought back into the unit and re-admitted. The repatriation team embarked on a search for with the aiming of bring one of our former patients which we received information about her deterioration in condition. On February 4, we searched the VOA market, a suburb on the Robertsfield highway and found her. She was brought back and now she recovers at the Unit.

This leads us to highlight the crucial importance of working with the families on information and training, as they are responsible for the later life of our patients after discharge, and if they don´t commit to supervise the intake of medication relapses and issues such as this can be expected.