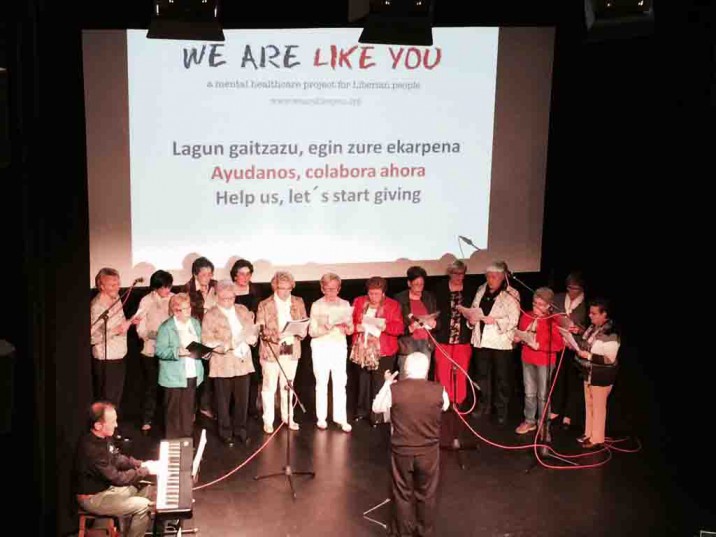 Something stirred inside Juan Carlos Irizar upon learning, through Mikel Tellaeche, CEO of the Aita Menni Hospital and former director of Saint Joseph’s Catholic Hospital in Monrovia, about the health conditions suffered in Liberia. The Oñati musician continued reading up on the topic and, especially following the outbreak of Ebola, was so shaken by the dire situation of the sick that he decided to use his musical resources for fundraising.

It was in this manner that the Charity Concerts in favor of the project “We Are Like You”, scheduled from May until November, began. The aim is to contribute to the support of the Benedict Menni Health Center of the Sisters Hospitallers in Monrovia.

Irizar has become so involved that he has planned a dozen performances in various locations in Alava, Bizkaia and Gipuzkoa: Eskoriatza, Zumaia, Zaldibar, Arrasate, Durango, Aramaio, Donostia, Gernika, Bilbao, Araia, Berriz and Zestoa. In each location, he accompanies local or regional choirs on the piano and, in some cases, singers and other musicians. The choirs themselves choose the repertoire, which, of course, they rehearse beforehand with Juan Carlos Irizar to ensure that everything goes well. “It is gratifying to see that so many people are getting involved,” says the musician. And among them is his wife Itziar Aizpurua. 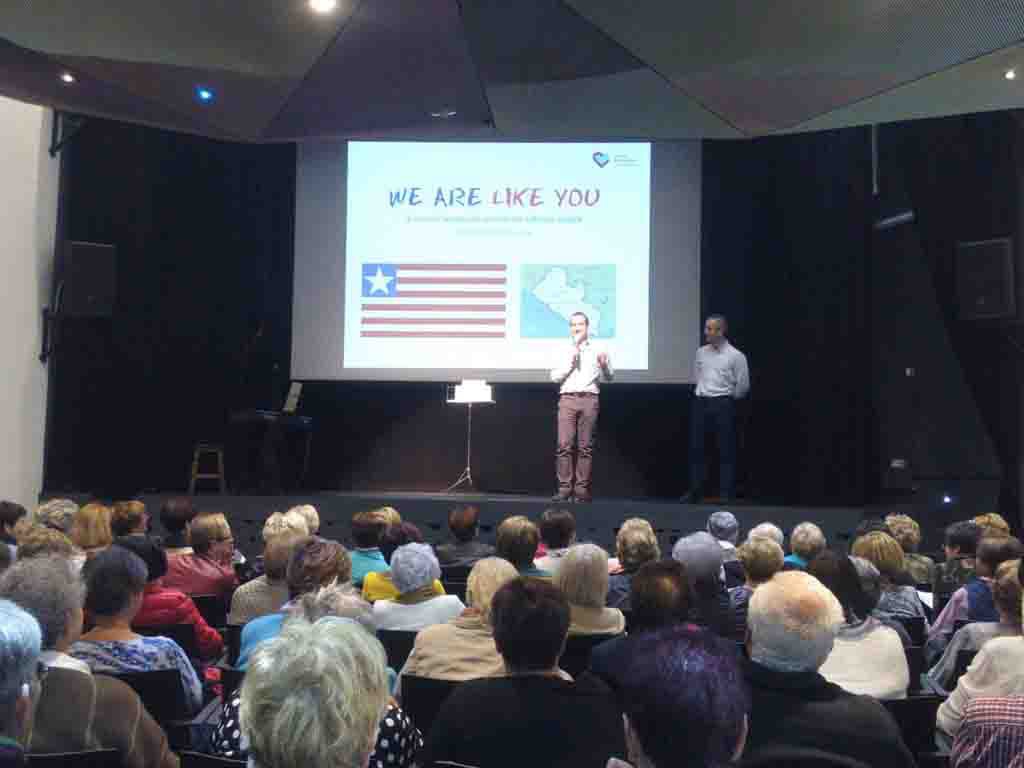 The beginning of the tour could not have been better. In Eskoriatza, a large audience attended and over 1,000 euros was raised. Each person brings their “goodwill”, that is to say, what he wants to and what he can. But the response has been important. Juan Carlos is very happy because the public attends, enjoys and supports a good cause. In addition, he has managed to get choirs and other musicians to act and it has all gone very smoothly. He has reunited with people that he had not seen in a long time, bands and charity groups with whom he had worked years ago and are now supporting Liberia with their performances and their presence at concerts. 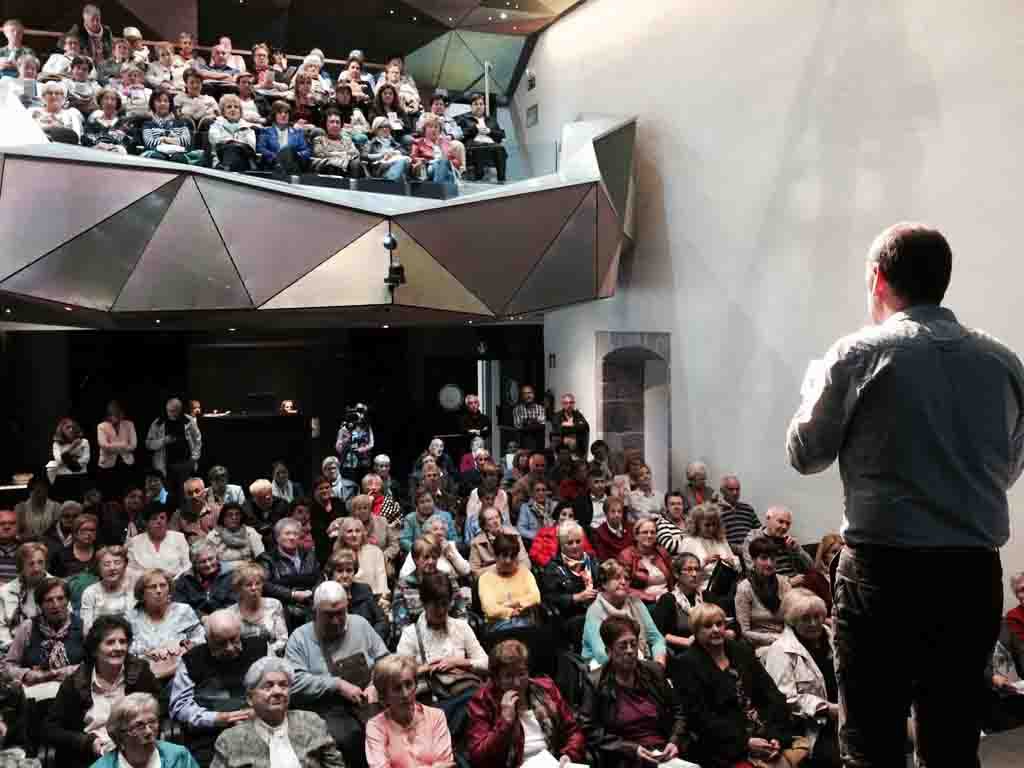 The room was full to its capacity.

Much of Juan Carlos Irizar’s activity is linked to charity projects. The director of the Patient Choir of Aita Menni Hospital has published more than 30 albums of instrumental music, a dozen books and countless scores of musical compositions for theater, television, documentaries, movies, children’s and educational material, bands, songs, etc.

The Sisters Hospitallers’ work began in Liberia in 1966, with the opening of the Benedict Menni health center and rehabilitation center. The Ebola crisis, which began in 2014, meant that many of the country’s health services, including Benedict Menni, closed for fear of contagion. This has led to an alarming increase in the prevalence of previously controlled diseases and mortality. On the other hand, a significant decrease in financial support from the international community has taken place, which is a reason for concern. 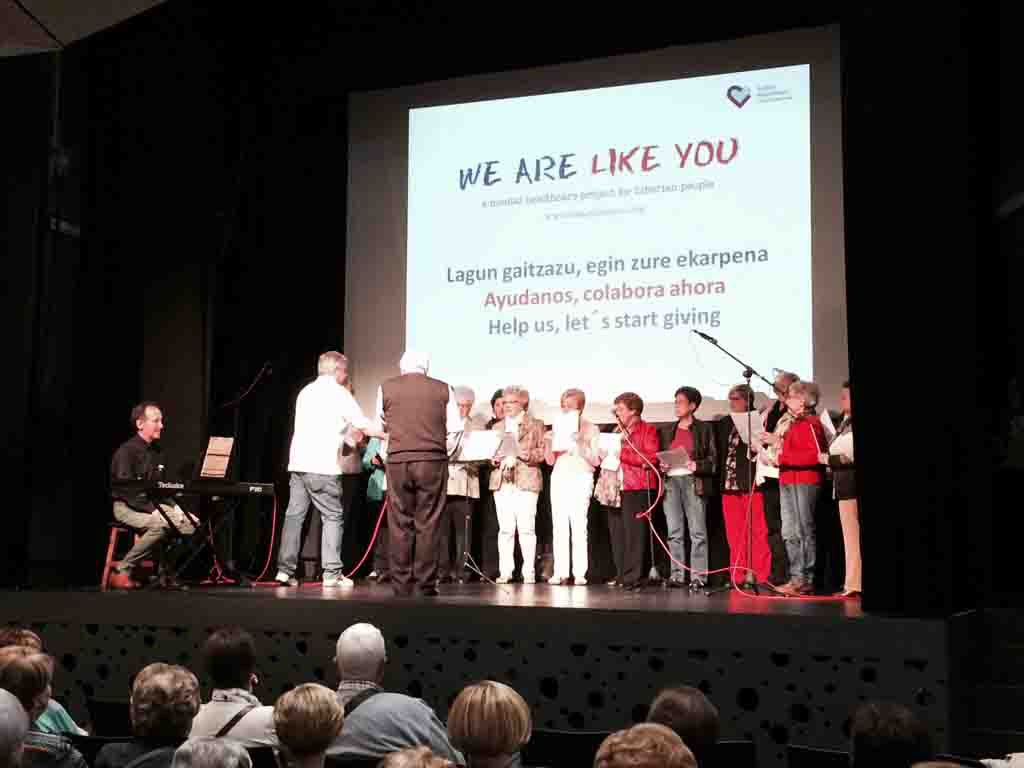 A moment during the performance.

From Aita Menni, we have developed a cooperation program with Liberia in coordination with this country’s Ministry of Health to help the Benedict Menni Center reopen its facilities and implement a mental health program. The program is an open invitation to avoid the stigmatization of people with mental illness: “We are like you”. The project is part of the reconstruction of the National Health System and includes the following objectives:

3) Setting up of convalescence units for patients with mental illness in coordination with the Grant Mental Hospital/JFK under the management of the Ministry of Health.

4) Setting up of outpatient care for mental health patients in the Benedict Menni Health Center as part of the “Wellness Center” program of the Ministry of Health.

5) Training programs for the management of patients with mental illness in collaboration with the School of Nursing, School of Medicine, the Carter Foundation, the Ministry of Health and community organizations.

Aita Menni works to convey the reality of the country and the needs of the Community of the Sisters Hospitallers in Monrovia, and tries to raise money to help local people.

Individuals wishing to make a financial contribution to our Liberian cooperation project, “We are like you”, can make donations to the following account: 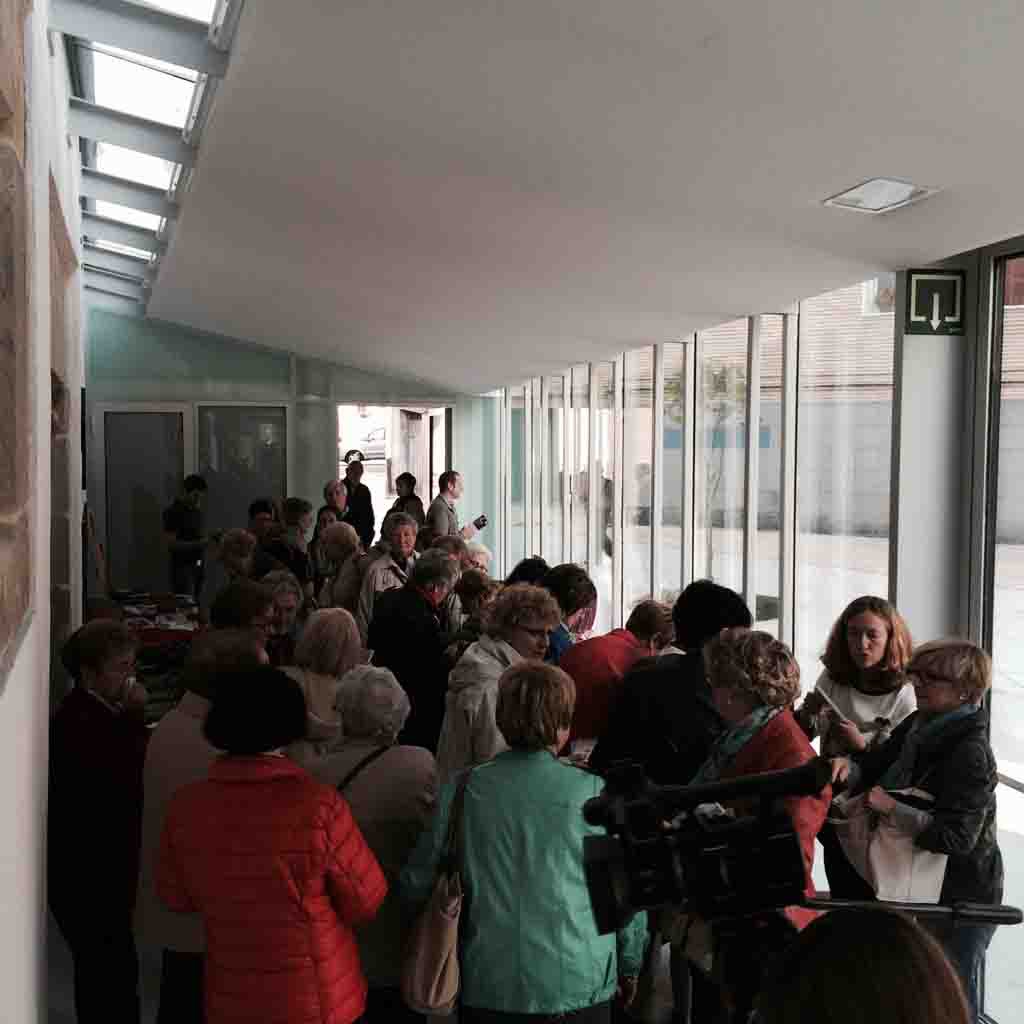