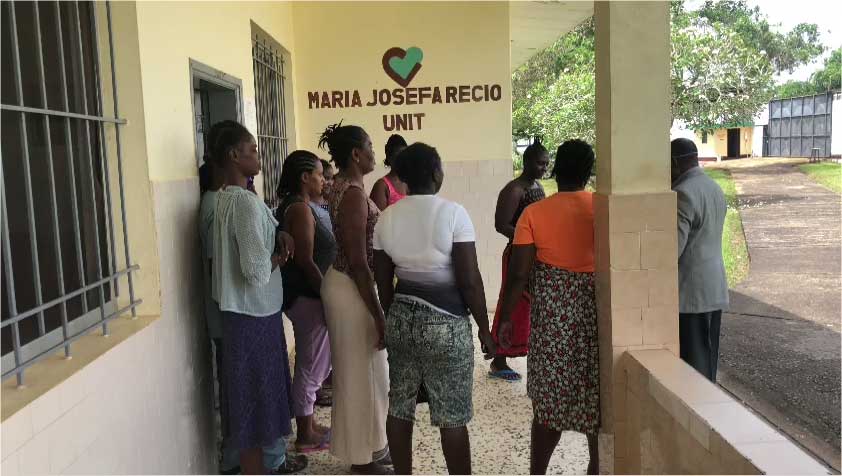 01 Mar One admission and one readmission in January and February

In the first two months of the year, activity at the Maria Josefa Recio Mental Health Unit of the Saint Benedict Menni Health Center of Monrovia continues, although the movement of admissions and discharges is slowing down, as has been the case since the beginning of the Covid pandemic.

In January we recorded a new admission and a readmission of a former patient who had lost her caregiver. In the month of February there have been no new admissions, although there have been applications that did not meet the established requirements for admission as a resident. One of these people has been admitted as an outpatient, and is being followed up. In these two months we have been visited by 54 former patients in January and 46 in February for their monthly follow-up appointments, and our team has gone to visit 12 and 18 former patients at their homes, respectively.

In relation to home visits, in January we had to face a difficult situation, in which the family of one of our patients showed their refusal to take care of her and give her support, so our staff had to start an educational work to convey to them the importance of continuing to help her and, above all, to commit themselves to ensure that she takes her medication.