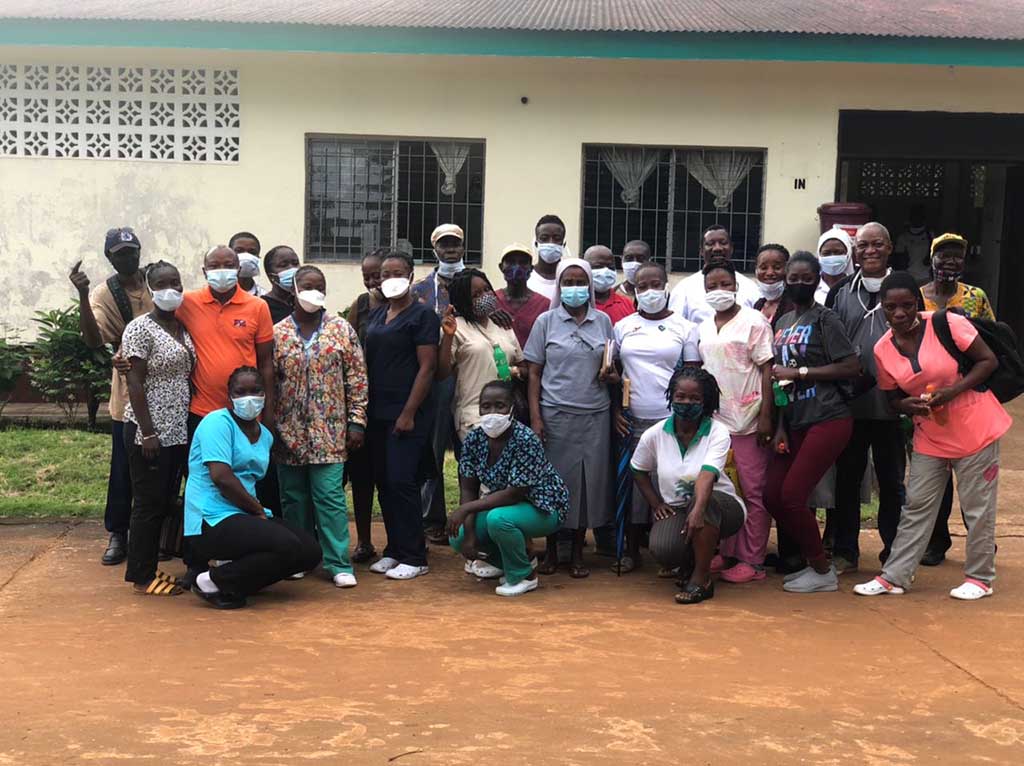 In September, the Mental Health Unit of the Saint Benedict Menni Health Center welcomed three new patients, in addition to another one who had previously spent some time in our facilities under treatment.

Two of our patients were discharged after showing great improvement in their condition, and several more were temporarily discharged to spend some time at their homes, from which they returned with very positive references from their families.

Last month we had to mourn the death of another of our former patients, who passed away from a progressively worsening illness. We express our condolences to the family and all those close to her.

Our routine of home visits has been reduced due to the lack of transportation, which has resulted in low attendance of patients for follow-up visits. During this period, we have seen twenty-five patients who have returned for their follow-up appointment.

The Center currently has twenty-two inpatients, and we are preparing to resume family meeting sessions next month, which were suspended due to Covid.

The routine activities at the centre continued as always. All our patients participated during these sessions and contributed massively. Baking sessions are conducted with patients who have demonstrated massive interest in the activity.

Recreational activities were held even though the current climate hinders us from having many outdoor activities. Ludu, chess game, puzzles and many games have been used for our activities teasing and competing against each other positively.

Some of our resident engaging each other in hair-do and showing compassion for themselves. This is a very common trait on this side; most of our patients do this casually and nicely.
We continue to encourage these forms of commitment as positive reinforcement for our patients.

In September, we enrolled in a campaign launched by the World Federation for Mental Health for the Mental Health Day (October 10th), about tips to confront inequality as professionals in this aspect of health. Co-workers of the Centre took this initiative wholeheartedly and made their voice heard vociferously in their respective quotes. Here are a few of our messages:

Mental illness is not by will or legislation. Treat the mentally-ill patient as if it were you. Beware, tomorrow could be your turn”